The story of the alleged plot to kidnap Gov. Gretchen Whitmer started weird and gets weirder every time it resurfaces. This week, an alternate juror who said her daughter-in-law smoked marijuana with Adam Fox near Whitmer's cottage -- in seemingly random circumstances -- was chosen to take the place of a juror who had to leave due to illness. 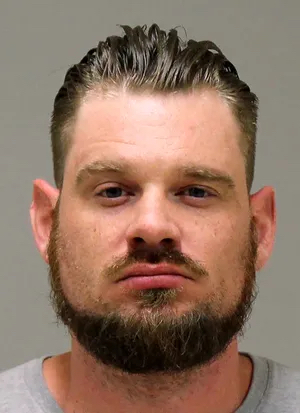 During jury selection Tuesday, the woman disclosed that her daughter-in-law came into contact with the defendants at the boat launch near Whitmer's cottage in the summer of 2020. That's where prosecutors allege the suspects went to scope out the governor's vacation house to prepare for the kidnapping.

However, the prospective juror said, her daughter-in-law was intoxicated that day, and doesn't remember anything about it. Testimony in the first trial on the alleged kidnapping plot mentioned the woman as having smoked marijuana with defendant Adam Fox.

"Crazy," the juror said of the incident.

You can say that again, Ms. Juror.

The woman said the FBI talked to her daughter-in-law about Fox and the events of that day, but she is not on a witness list, presumably due to her amnesia surrounding the incident. The woman was initially seated as an alternate, but when one member of the panel had to be excused due to illness, the woman was chosen to fill her seat.

Fox was near Whitmer's cottage, the government alleges, because he and others were casing the place for possible openings to sieze Whitmer and escape capture. During the initial trial of Fox and his fellow defendants, testimony revealed they intended to place explosives under a nearby bridge, to distract law enforcement.

'The Week That Was:' Are Michigan Races All About Abortion and Trump? Plus, a Detroit Coney Update.