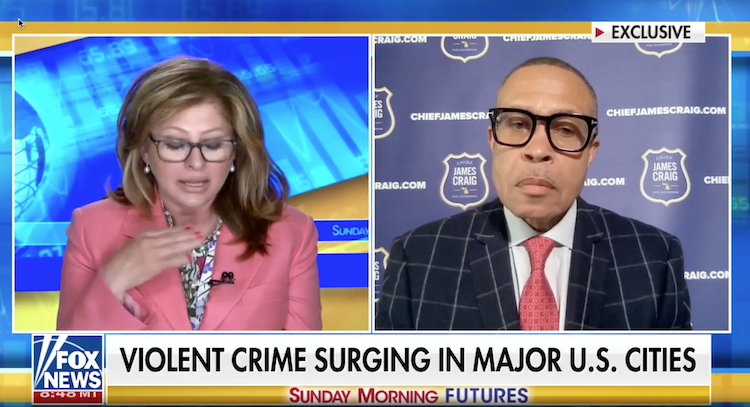 Ex-Detroit Police Chief James Craig played the victim on Fox News on Sunday, two days after the Michigan Supreme Court ruled that he can't be on ballot for governor because of too many forged signatures on his ballot-qualifying petitions.

When host Maria Bartiromo asked if someone is " trying to steal your election," Craig quickly responded: "Absolutely." He then claimed the courts "didn't even follow the statutes" when dismissing him.

"It's not about me, Maria," he said. "It's more about Michigan voters. We had so much momentum going in this campaign."

Craig, who has previously mentioned a possible write-in candidacy, told Bartiromo that he was evaluating his next step. "It's not over," he said. "I'm not going to let this go because Michigan deserves better."

The political novice claimed he was clearly the front runner in the Republican pack and was even doing well in some polls against Democratic incumbent Gov. Gretchen Whitmer.

In discussing rising crime, Bartiromo asked: "Why do we have no bail, why are criminals back on the street after getting processed, able to commit more crimes?"

"Because progressives are allowing it to happen," Craig said.