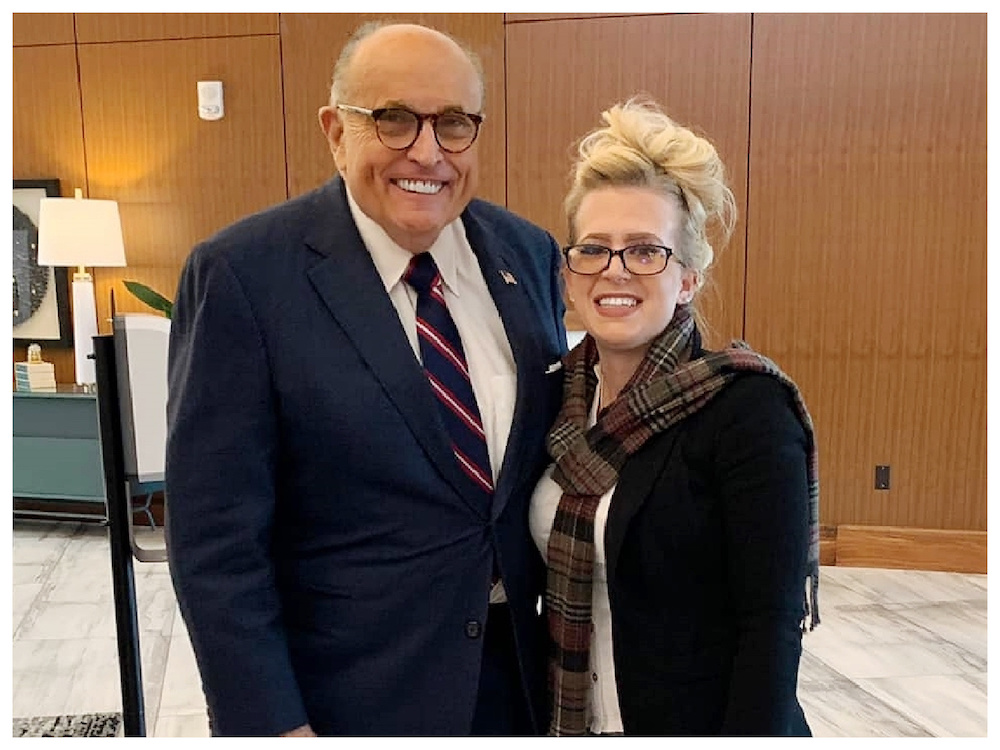 For the second time in less than two months, Mellissa Carone has been bounced from the 2022 ballot for making false statements on the campaign affidavit she filed to run for state Senate.

The state Bureau of Elections announced Tuesday that Carone was one of 15 candidates for state offices who were disqualified for submitting incomplete faulty or false information when they filed to run.

Carone’s false claims in 2020 about the vote-counting "fraud" she said she saw at the TCF Center in Detroit made her the butt of TV comedians' jokes and the subject of a "Saturday Night Live" skit. But Carone, who testified December 2020 with Rudy Giuliani in Lansing about voter fraud, also became an instant icon in many Republican circles, speaking at “stop the steal” rallies in Lansing and Washington and at numerous GOP events.

Carone was first disqualified from running for the 60th District state House seat in Macomb County on March 31 because she falsely claimed, in a sworn affidavit, that she had no outstanding financial issues with the state Bureau of Elections. In fact, she owed more than $1,000 in punitive fees for ignoring campaign finance reporting deadlines.

Carone vowed to sue to win back her ballot spot, but was running out of time. So on the April 19 final filing day, less than an hour before the deadline, she filed to run in an adjacent state Senate seat in the 11th District, also in Macomb.

According to state election records, she had still failed to pay the $1,250 in fines owed so she was removed from the ballot for same reason as her prior offense – filing a false affidavit.

Another Macomb candidate removed from the ballot is Michael Shallal of Sterling Heights, who had his sights set on the 57th House District. Elections officials said Shallal, an Iraqi immigrant, was disqualified for failing to check a box on his form that indicated he is a U.S. citizen, an obvious requirement to seek office.

Shallal was attempting a fifth run for the state Legislature after losing campaigns for the state House in 2010, 2012 and 2016 and for state Senate in 2018.