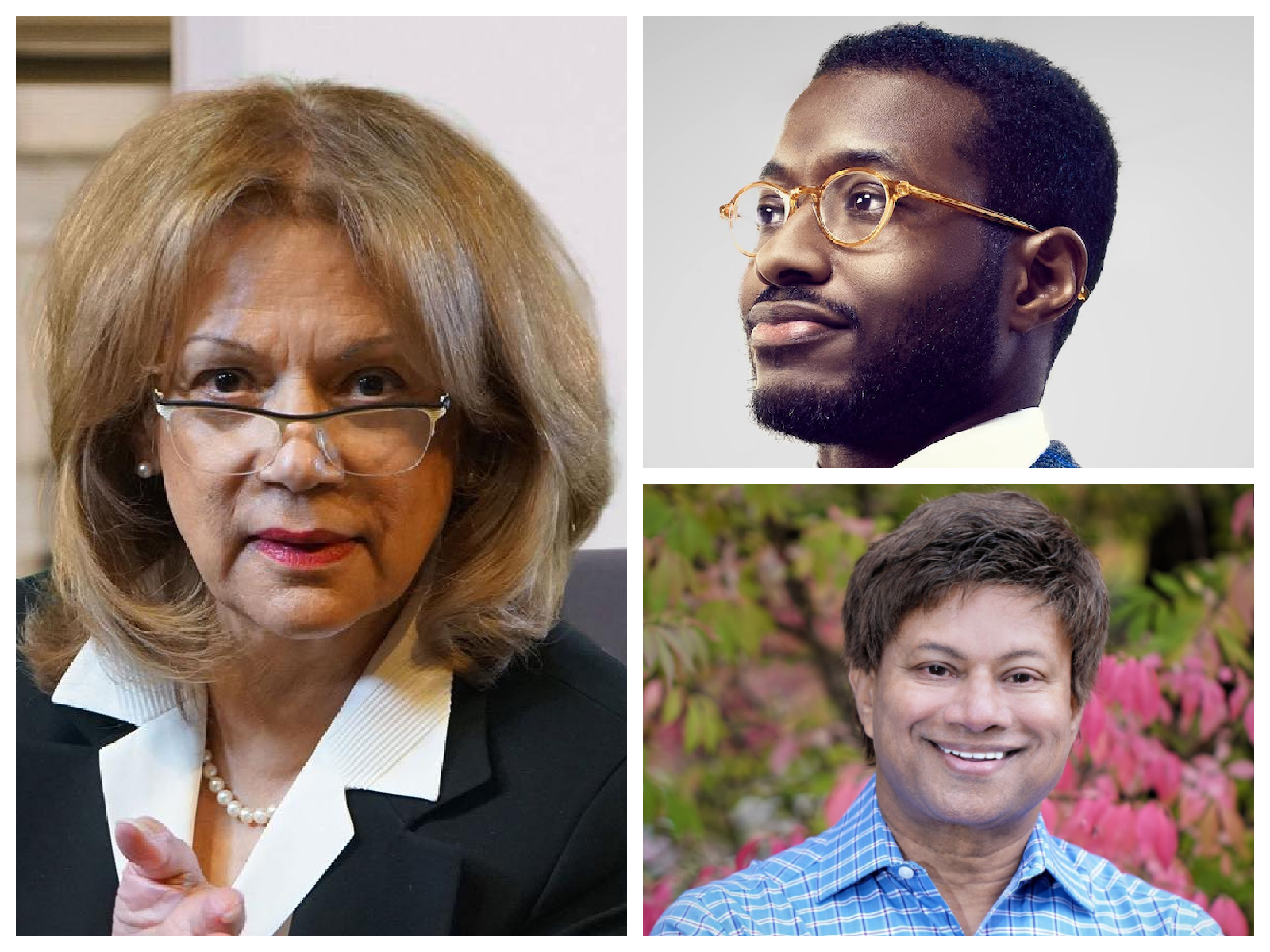 McPhail has 20 percent support, up 11 percentage points from March, according to the poll by Target Insyght of Lansing of 600 likely primary voters with landlines and cell phones.

McPhail takes the lead from John Conyers III, who drops 4 percentage points to 15 percent. He's the son of the late John Conyers, who served in Congress for 52 years.

The poll has a margin of error of plus or minus 4 points. The March poll was conducted by Public Policy Polling.

The 13th Congressional District includes Detroit, the Grosse Pointes, Harper Woods, Highland Park, Hamtramck, most of Downriver (including Romulus and Taylor) and the southern part of Dearborn Heights.

The latest poll shows that state Rep. Shri Thanedar remains in third place, even though his support jumped from 7 percent in March to 12 percent.

Portia Roberson, CEO of Focus:HOPE, and former state lawmaker Sherry Gay-Dagnogo, are tied for fourth with 9 percent support. Roberson had 4 percent in March and Gay-Dagnogo was at 6 percent.

State Sen. Adam Hollier showed no improvement over March and remains at 6 percent. Michael Griffie, senior managing director at Teach for America, and political and media consultant Sam Riddle, are tied at 2 percent.

Ed Sarpolus, founder of Target Insyght, notes that it's interesting that Hollier hasn't gotten more traction considering he was the annointed candidate of the Democratic establishment.

He said it's not surprising McPhail leads considering that she has broad name recognition, thanks to working as a council member, federal and county prosecutor and Detroit general counsel. She also ran unsuccessfully for a number offices, including mayor and Wayne County executive.

He also said despite candidates like Hollier raising healthy amounts of money, their campaigns haven't kicked into high gear.

Time is running out, he added, because the primary is Aug. 2 and voters can begin casting absentee ballots in late June.

Currently, U.S. Rep. Brenda Lawrence is the only Black Congress member from Michigan. She is not running for re-election.

The solidly Democratic 13th Congressional District may offer the best hope of making sure Michigan has at least one Black member of Congress.

Currently, Rep. Rashida Tlaib represents the 13th Congressional District. But with the districts being redrawn, she chose to run in the 12th District this year where she's expected to win.