'They'll end up in a fist fight,' Trump said of Michigan GOP candidates at Mar-a-Lago 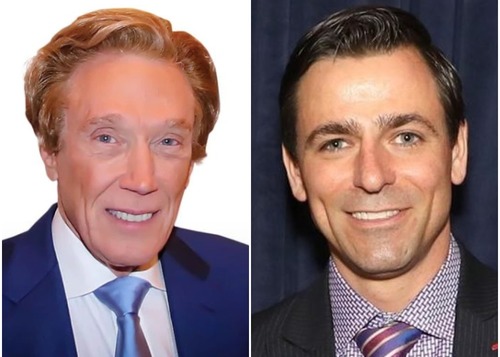 Michigan's groveling GOP gubernatorial candidates get a mention in a New York Times story on the ongoing political circus at Mar-a-Lago, where Trump plays ringmaster.

Suspiciously smooth-faced 70-something Perry Johnson has reportedly been hanging around the resort in hopes of winning the ex-president's endorsement.

The most he seems to have gotten, however, is a nod to his poll numbers and a shared appearance alongside Trump.

Thank you President Trump! Yes the polling numbers do look good, and we are going to defeat her!

Johnson was recently at a Mar-a-Lago event in which Trump invited Michigan candidates to join him on stage, The Times reports. Unfortunately for Johnson, though, so was someone else from the clown car of gubernatorial contenders: Insurrectionist-turned-candidate Ryan Kelley.

“I’m running for governor, too, can I come up there?”

“You’re running for governor of what?” a confused Mr. Trump asked. “Michigan!” Mr. Kelley replied. Up he came, shaking hands with ... Johnson.

"They'll end up in a fist fight," Trump said in an audio clip aired this week on the Times' The Daily podcast.

Trump however, didn't endorse either candidate at a subsequent April rally in Macomb, opting instead to praise candidate Tudor Dixon, who paid to host her own Mar-a-Lago fundraiser in February.

The more than 140 candidates backed by Trump across the country have been faring well in their respective races. Michigan GOP loyalists recently voted election-result deniers Matt DePerno and Kristina Karamo onto the November ballot for attorney general and secretary of state after Trump endorsed them.