When people say a life can change just-like-that, they're usually talking about tragedies. But in Sen. Mallory McMorrow's case, it was one five-minute speech that came at precisely the right time. 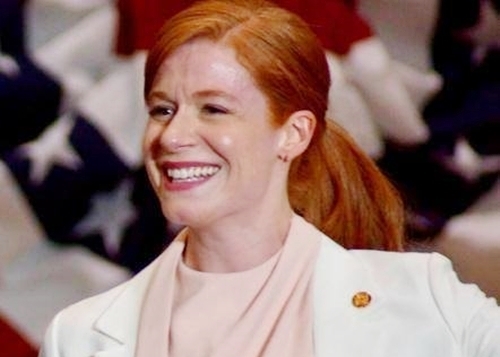 Axios, the Washington-based news outlet, names the Royal Oak Democrat one of four women legislators to watch in "a post-Roe America."

McMorrow made national news — the New Yorker called her "a role model for the midterms" — with an assertive floor speech last month in response to accusations from a Republican colleague that she was grooming and sexualizing children.

Her emphatic tone and plain speaking stood in contrast to more milquetoast responses from other Democrats nationwide when faced with patently false statements amid the country's deepening culture war.

Even though McMorrow's speech didn't mention reproductive rights, with Roe on the brink of being overturned, the issue and the attention returns to state legislatures. And that "could jumpstart the national profiles of Democratic politicians, especially women," Axios writes.