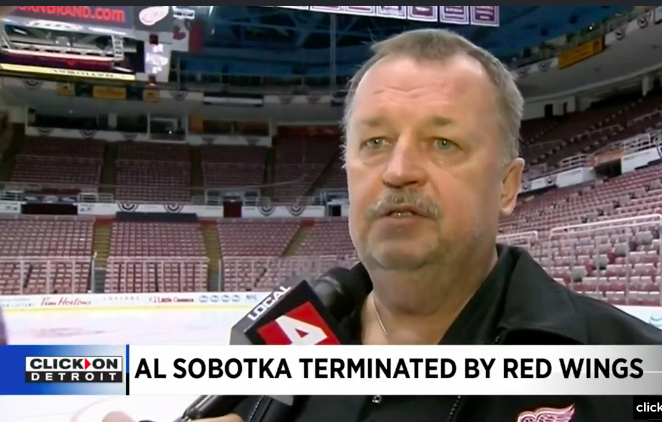 Former Red Wings Zamboni driver Al Sobotka has filed a lawsuit saying he was recently fired for urinating in a drain at work.

Sobotka, 67, says he has benign prostatic hypertrophy, which causes a frequent and uncontrollable need to urinate, the Detroit Free Press reports. As a result, the Wayne County Circuit Court suit against Olympia Entertainment alleges that his rights were violated and he was discriminated against because of age and disability.

He was initially suspended for a week, then terminated Feb. 17.

On Feb. 2, Sobotka drove one of the Zamboni machines into its garage at Little Caesars Arena after cleaning the ice at the main rink. Sobotka, according to the lawsuit, experienced at uncontrollable urge to urinate.

The nearest facility was 60-70 feet away, so instead, Sobotka used one of the drains that lead into a sewer, designed to handle the ice runoff from Zamboni machines. The area is closed to the public, and access limited to the all-male ice crew.

In March, following his firing, he issued a statement:  "I loved my 51 years with the Detroit Red Wings, and would have been happy to stay 51 more."