Cranbrook Schools in Bloomfield Hills is reaching back to investigate a "difficult topic," three administrrators tell 13,000 alumni. That touchy subject is faculty sex abuse more than 60 years ago, reported this year by an undisclosed number of ex-students. 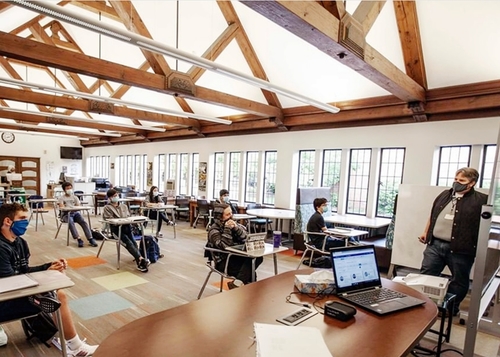 [The letter] opens with a note that "awareness of sexual misconduct in schools has grown over the last decade. At Cranbrook, our relationship with our students, past and present, is what we value most deeply and student safety and support is our highest concern. That is why we are choosing to communicate with our community about this difficult topic."

The message details how a Cranbrook graduate notified school officials he survived sexual misconduct as a student, at the hands of a faculty member who has since died. Suzik’s note indicates the abuse happened between 1946 and 1961.

The inquiry's scope has spread beyond that initial account, the private school tells graduates in its two-page letter.

Hat tip to past contributor Peg McNichol for flagging this news.