Rochester's school district made a costly misstep by telling employers and cops about Facebook comments by critics of its Covid policies. A parent sued and the system settled rather than fight, The Detroit News reports.

Rochester Community Schools paid $188,750 to settle a federal civil lawsuit that accused school administrators of monitoring parents' social media activity and reporting posts critical of the district to their employers and police.

The payout was made last month to parent Elena Dinverno and her lawyer, according to documents obtained by The Detroit News through a Freedom of Information Act request.

The mom, a marketing manager, is quoted in the paper's subscribers-only article:

"This case was never about the money. It was about truth and justice. And the ability to open others' eyes up to the methods our district has been using to intimidate citizens." 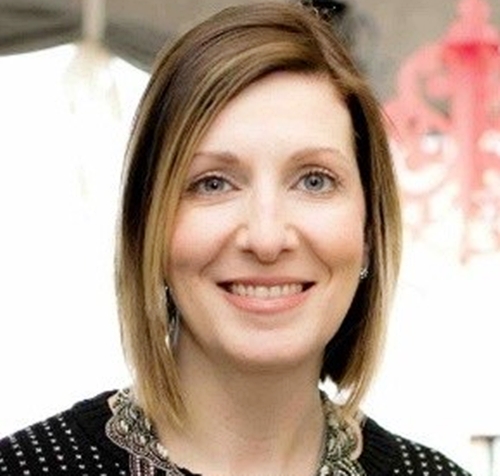 Elena Dinverno: "our district has been [trying] to intimidate citizens." (Photo: LinkedIn)

Dinverno, an 1995 Oakland University graduate, says in the May 2021 suit that she was fired as marketing director of Blake's Hard Cider in Armada after a deputy superintendent falsely claimed in a call that the parent was participating in a group threatening the district. The administrator acknowledged in a deposition that she contacted Blake's, The News recounts.

Superintendent Robert Shane testified during a Feb. 3 deposition ... that he called one parent's employer, the Detroit Police Department.

Another parent, Meredith McCutcheon, told The News earlier that she was questioned outside her home in July 2020 by two police officers asking about an email she says she hadnt sent. She and Dinverno "were part of a sizable contingent of parents who advocated for options including in-person classes during the first fall of the Covid-19 pandemic," reporter Jennifer Chambers wrote last month in a paywalled article about "a stunning bvacklash from administrators."

One staffer spent as much as 70% of her full-time job compiling dossiers on parents.