This development news signals post-pandemic confidence in Detroit's role as a destination for business and leisure travelers, as well as transplants.

The iconic Book Tower on Washington Boulevard, where an extensive upgrade began in 2017, will have 118 apartment-style hotel rooms. Floors four through eight are being turned into Roost Apartment Hotel studios and larger units, Bedrock announces Tuesday.

A Philadelphia hospitality firm will run Roost, adds the property management and leasing division of Dan Gilbert's network, downtown's largest landlord. Guests will have access to bike sharing, a 24-hour concierge, a fitness center and a co-working space.

The nearly century-old landmark at 1916 Washington Blvd., south of Grand Circus Park, is projected to reopen in late 2022 with stores, offices and 229 residences separate from the hotel.

A media release quotes Kofi Bonner, who moved here from Cleveland last September to become Bedrock CEO, as saying Roost is a "hospitality option for those who may be relocating to the city, but also for those who just want to enjoy a few nights downtown. As a recent transplant to the City of Detroit myself, I recognize first-hand how important it is to feel at home in a new place." 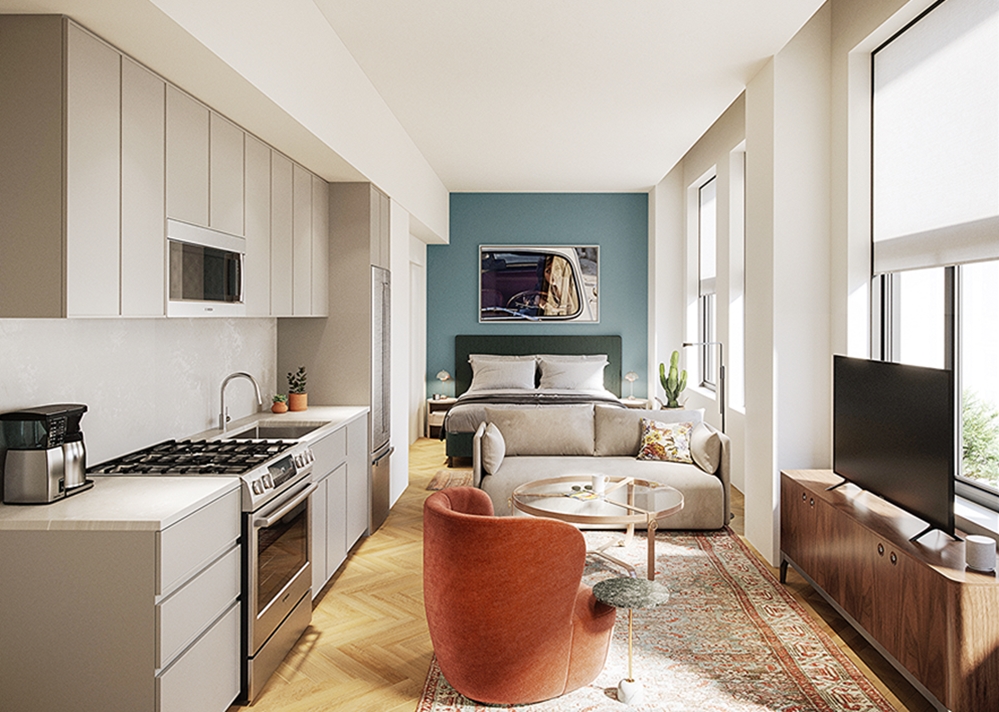 Concept illustration of a studio apartment at Roost.

Bedrock's handout also cites data from an Idaho-based economic modeling firm, Emsi, which says: "Downtown Detroit’s population has increased 34 percent in the last 10 years, and the number of residents living downtown between the ages of 20 and 34 has more than doubled."

The building redeveloper adds: "Roost Apartment Hotel ... will serve to meet the near-term living needs of those relocating to the city for opportunities as several sectors, including tech, continue to build momentum."