Bowens: In Grosse Pointe, it's time for a more diverse police force

I never thought I’d see the day where a historical marker for Dr. Martin Luther King Jr. would stand outside of Grosse Pointe South High School. Never. Why?

Because while much has changed, the Grosse Pointes are still marching down the road toward the more fair and just society King spoke about in “The Other America,” the speech he made here on March 14, 1968. 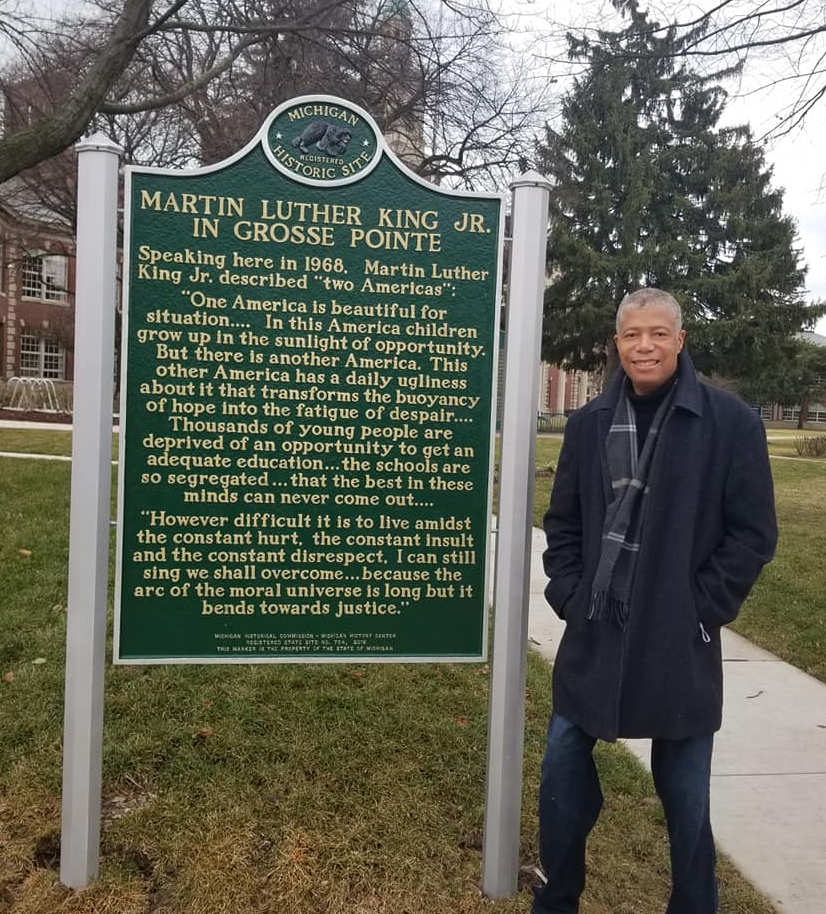 Because 53 years after King gave his speech in the school gym – on economic discrimination – before being assassinated in Memphis, Tenn., institutional and systemic racism still lingers in our community. Walk into any city hall around the Pointes and you will see an outsized portion of Black defendants in courts and few, if any, working in offices.

Because policies developed since King spoke here still have the effect of keeping far too many qualified Black people out of important positions. Two of three recently available positions for police chief in the Pointes have gone to white men with long histories of service in their departments. By all appearances, both were qualified for the jobs. News reports say a search was done by the City of Grosse Pointe but no mention of the same search in Grosse Pointe Shores. The last spot remaining for a top public-safety job, in Grosse Pointe Park, stops taking applications Feb. 22.

And as we celebrate Black History Month, here’s the rub: The Director of Public Safety job in Grosse Pointe Park may be the last, best opportunity in a while for fairness and equal opportunity in Dr. King’s quest.

A woman once wore the blue uniform of a sworn public safety officer for a short while. But she left. Today women work in dispatch, code enforcement and secretarial duties.

Who’s to blame for this situation? Well, no one. Ask many current and former city officials and they say, I know what it looks like on the outside but ...

A difficult, but not impossible task

Competition for sworn officers is fierce. Some 150 departments around the state are all looking to fill positions; that’s not news. Fewer people want to be cops these days and even fewer women and Blacks, although that doesn’t mean there aren’t any out there. Public safety officers in the Pointes have to be triple-trained as police, firefighters and EMTs. The city doesn’t even have an ambulance.

We require a two-year college degree or equivalent to be a street cop. (For purposes of comparison, Detroit requires only a high school diploma for street cops, but more education to qualify for advancement.)

And that’s just for rank-and-file jobs. What about the current search for the top job as director of public safety?

The Park didn’t post the interim job as chief even though the former chief gave 90 days' notice because there was a succession plan. (Is not posting a government job even legal?) City council has no role in hiring a new chief; under the charter, their only role is to confirm the hire and lay out the job responsibilities. Officials say the search will be fair because the city is working with outside agencies, including the National Organization of Black Law Enforcement Executives.

(They worked with an outside agency to fill the current city manager job. I know of two highly, educated and experienced Black women who currently work as city managers who applied but didn’t even get a call back. I know several highly degreed, experienced and qualified law enforcement executives applying this time too, so we’ll see.)

So there you have it. No one is to blame. We’re all trying to do our best, but it’s the policies. Policies are neutral. Policies don’t see color or gender. Policies are written to be fair.

Even though those policies are rooted in a charter written and unrevised since 1950. Even though those policies have been around since Dr. King stood in a packed gym preaching about fairness and economic opportunity more than a half century ago. Even though we’ve come a long way from Blacks not being able to own a house here, to having Black elected officials serve in Grosse Pointe City, Farms, Park, Harper Woods and Eastpointe. No one is to blame. The Grosse Pointes & Harper Woods NAACP Branch called out this situation for the policies’ "historical discriminatory, hiring, promotional patterns and practices" in a resolution sent to the city on Jan. 8.

Well, at least we have a historical marker. May it serve as inspiration for us to break down the last remaining policies and truly honor the man who tried to change them.